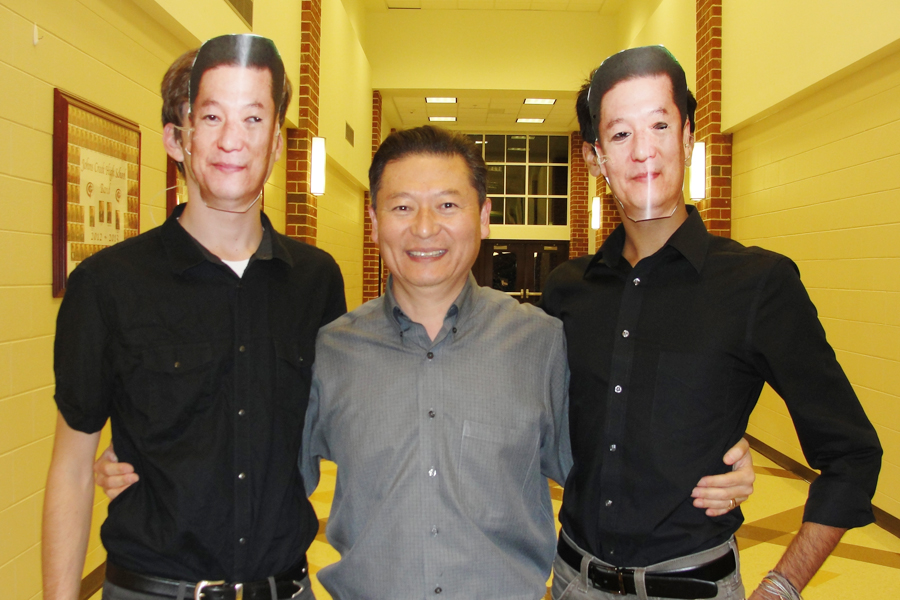 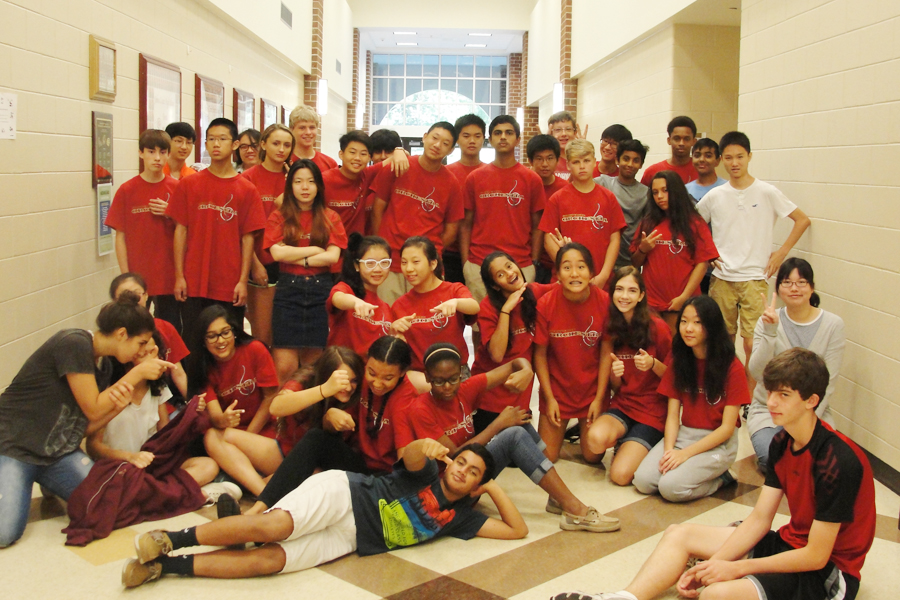 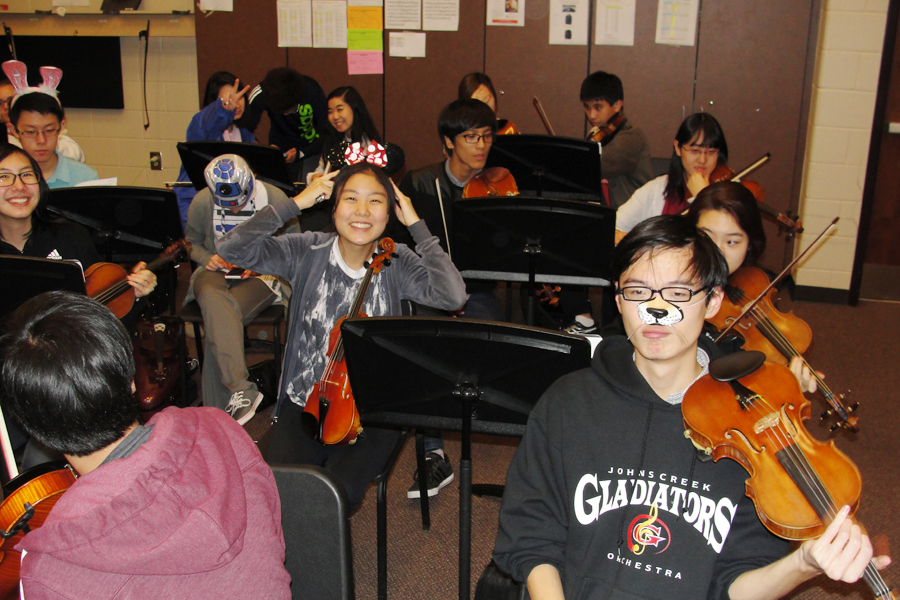 What’s the difference between a violin and a fiddle?
A fiddle is fun to listen to.

Why are viola jokes so short?
So violinists can understand them.

How do you tell the difference between a violinist and a dog?
The dog knows when to stop scratching.

How many second violinists does it take to change a light bulb?
None. They can’t get up that high!

String players’ motto: “It’s better to be sharp than out of tune.”

Why is a violinist like a SCUD missile?
Both are offensive and inaccurate.

What’s the difference between a fiddle and a violin?
No-one minds if you spill beer on a fiddle.

Why do violinists put a cloth between their chin and their instrument?
Violins don’t have spit valves.

Why should you never try to drive a roof nail with a violin?
You might bend the nail.

Jacques Thibault, the violinist, was once handed an autograph book by a fan while in the greenroom after a concert. “There’s not much room on this page,” he said. “What shall I write?” Another violinist, standing by, offered the following helpful hint: “Write your repertoire.”
“Haven’t I seen your face before?” a judge demanded, looking down at the defendant.
“You have, Your Honor,” the man answered hopefully. “I gave your son violin lessons last winter.”
“Ah, yes,” recalled the judge. “Twenty years!”

How is lightning like a violist’s fingers?
Neither one strikes in the same place twice.

How do you keep your violin from getting stolen?
Put it in a viola case.

What’s the difference between a violin and a viola?
The viola burns longer. You can tune the violin.

We all know that a viola is better than a violin because it burns longer. But why does it burn longer?
It’s usually still in the case.

How do you get a viola section to play spiccato?
Write a whole note with “solo” above it.

How do you get a violist to play a passage pianissimo tremolando?
Mark it “solo.”

What’s the difference between a viola and a coffin?
The coffin has the dead person on the inside.

What’s the difference between a viola and a trampoline?
You take your shoes off to jump on a trampoline.

What’s the difference between a viola and an onion?
No one cries when you cut up a viola.

What’s the definition of a minor second?
Two violists playing in unison.

What’s the definiton of “perfect pitch?”
Throwing a viola into a dumpster without hitting the rim.

Why do violists stand for long periods outside people’s houses?
They can’t find the key and they don’t know when to come in.

What’s the difference between a washing machine and a violist?
Vibrato.

Why do so many people take an instant dislike to the viola?
It saves time.

How can you tell when a violist is playing out of tune?
The bow is moving.

How was the canon invented?
Two violists were trying to play the same passage together.

Why is a viola solo like a bomb?
By the time you hear it, it’s too late to do anything about it.

Why do violists leave their instrument cases on the dashboards of their cars?
So they can park in “handicapped” parking places.
If someone mistakes them for mafia, they might get some respect.

Why don’t violists play hide and seek?
Because no one will look for them.

Why do violists smile when they play?
Because ignorance is bliss and what they don’t know can’t hurt them.

Why shouldn’t violists take up mountaineering?
Because if they get lost, it takes ages before anyone notices that they’re missing.

What’s the difference between a dead skunk in the road and a crushed viola in the road?
Skid marks before the skunk.

How do you get a violin to sound like a viola?
Sit in the back and don’t play. Play in the low register with a lot of wrong notes.

If you throw a violist and a soprano off a cliff, which one would hit the ground first? (two answers)
The violist. The soprano would have to stop halfway down to ask directions.

A conductor and a violist are standing in the middle of the road. which one do you run over first, and why?
The conductor. Business before pleasure.

What’s the most popular recording of the William Walton viola concerto?
Music Minus One

What do a viola and a lawsuit have in common?
Everyone is happy when the case is closed.

What is the range of a Viola?
As far as you can kick it.

What do a SCUD missile and a viola player have in common?
They’re both offensive and inaccurate.

What’s the difference between a chain saw and a viola?
If you absolutely had to, you could use a chain saw in a string quartet.

What is the definition of a cluster chord?
A viola section playing on the C string.

Why shouldn’t you drive off a cliff in a mini with three violas in it?
You could fit in at least one more.

Why do people tremble with fear when someone comes into a bank carrying a violin case?
They think he’s carrying a machine gun and might be about to use it.

What’s the difference between the first and last desk of a viola section?
half a measure , a semi-tone

Why can’t you hear a viola on a digital recording?
Recording technology has reached such an advanced level of development that all extraneous noise is eliminated.

Did you hear about the violist who bragged that he could play 32nd notes?
The rest of the orchestra didn’t believe him, so he proved it by playing one.

Why is viola called “bratsche” in Germany?
Because that’s the sound it makes when you sit down on it.

Why can’t a violist play with a knife in his back?
Because he can’t lean back in his chair.

What instrument do violists envy most?
The harp. You only ever have to play pizzicato on open strings.

How do you get a dozen violists to play in tune?
Shoot 11 of them. Shoot all of them.

How does a violist’s brain cell die?
Alone.

How do you call a violist with two brain cells?
Pregnant.

How many violists does it take to make a batch of chocolate chip cookies?
Ten. One to stir the batter and nine to peel the M & M’s.

What’s the similarity between the Beatles and the viola section of the Royal Philharmonic Orchestra?
Neither has played together since 1970.

What do you call a bunch of violists in a hot tub?
Vegetable soup.

Did you hear about the violist who played in tune?
Neither did I.

What is the main reqirement at the “International Viola Competition?”
Hold the viola from memory.

Why did the violist marry the accordion player?
Upward mobility.

How do you transcribe a violin piece for viola?
Divide the metronome marking by 2.

Why do you always bury a viola player three feet under?
Because deep down they are all very nice people.

How do you keep a violist from drowning?
Take your foot off his head.

How do you get a ‘cellist to play fortissimo?
Write “pp, espressivo”
How do you make a cello sound beautiful?
Sell it and buy a violin.

Did you hear about the bassist who was so out of tune his section noticed?

How many string bass players does it take to change a light bulb?
None; the piano player can do that with his left hand.

How do you make a double bass sound in tune?
Chop it up and make it into a xylophone.

A double bass player arrived a few minutes late for the first rehearsal of the local choral society’s annual performance of Handel’s Messiah.
He picked up his instrument and bow, and turned his attention to the conductor. The conductor asked, “Would you like a moment to tune?”
The bass player replied with some surprise, “Why? Isn’t it the same as last year?”

At a rehearsal, the conductor stops and shouts to the bass section: “You are out of tune. Check it, please!”
The first bassist pulls all his strings, says, “Our tuning is correct: all the strings are equally tight.”
The first violist turns around and shouts, “You bloody idiot! It’s not the tension. The pegs have to be parallel!”

Two bass players were engaged for a run of Carmen. After a couple of weeks, they agreed each to take an afternoon off in turn to go and watch the matinee performance from the front of house. Joe duly took his break; back in the pit that evening, Moe asked how it was. “Great,” says Joe. “You know that bit where the music goes `BOOM Boom Boom Boom’–well there are some guys up top singing a terrific song about a Toreador at the same time.”

There was a certain bartender who was quite famous for being able to accurately guess people’s IQs. One night a man walked in and talked to him briefly and the bartender said, “Wow! You must have an IQ of about 140! You should meet this guy over here.” So they talked for a while about nuclear physics and existential philosophy and had a great time.
A second man walked in and soon the bartender has guessed about a 90 IQ for him. So he sat him down in front of the big-screen TV and he watched football with the other guys and had a hell of a time. Then a third man stumbled in and talked to the bartender for a while. The bartender said to himself, “Jeez! I think this guy’s IQ must be about 29!” He took him over to a man sitting at a little table back in the corner and said, “You might enjoy talking with this guy for a while.” After the bartender left, the man at the table said, “So do you play French bow or German bow?”